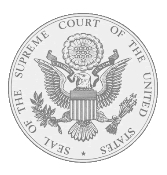 “I remember when corporate political expenditures were illegal.”

After Citizens United comes down, “I remember when corporate political expenditures were illegal,” might be something you can tell your children or grandchildren, when they’re old enough to contemplate the intricacies of campaign finance law.  And if they ever ask if the government thought it could ban books or movies because of what they said, maybe you could refer them to your copy of the opinion in Citizens United.  Maybe.  The opinion could be announced tomorrow.