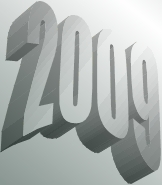 As the year winds down, it’s a good time to take a look back at my top ten developments in campaign finance, ethics, lobbying, and related areas over the past year.   I’m sure I’m leaving out a few.

So, in David Letterman-style (starting with number ten), here goes:

10.  The Federal Election Commission’s new policies and its enforcement stance. Under Chairman Steve Walther, the Federal Election Commission has approved a number of new policies and practices, both in its handling of policy matters and in the audit and enforcement contexts.  For those who watch the Commission, there have been a number of new developments over the course of the year, including new rulemakings (Shays III and HLOGA travel rules, among others).  The Commission has also undertaken a website improvement initiative that is well under way and will see even more accomplishments by year’s end.

9.  The trial of Kevin Ring. Where are we in the life-cycle of the Abramoff scandal?  Kevin Ring’s trial ended in October (in a mistrial) and he’s headed for a 2010 retrial, according to reports.  The trial exposed his interactions with government officials and, for lawyers, the value of the jury instructions merit attention.  The shrewd adviser might note to a client that what Mr. Ring is alleged to have done is unusual, to put it one way, while also carefully examining the trial proceedings to discern real world lessons for successful lobbyists.

7.  The Franken-Coleman recount. In terms of pure election law, there could be few things weightier than the legal issues surrounding a statewide recount with a supermajority hanging in the balance.  In July, after a long battle, Senator Franken was sworn in.  Another election law topic was certainly in the news this year:  the vitality of the Voting Rights Act.  NAMUDNO would have made the list if the Court’s action were more dramatic.

6.  Nationwide pay to play developments. It’s easily a full-time job just keeping track of what’s going on in the pay to play world in states and localities.  (Pay to play law now even has one law firm devoting an entire blog to the topic.)   The SEC is moving on aspects of pay to play and sought comments on a proposed rule this year.  Pay to play also arose in matters relating to Sen. Burris, who was named to fill President Obama’s Senate seat.  Burris was admonished in November 2009.

5.  EMILY’s List vacates Federal Election Commission regulations. This week the Attorney General announced that the government won’t seek cert in EMILY’s List, a case decided in September.  The D.C. Circuit struck three Commission regulations, including 11 CFR 100.57, which had been part of the Commission’s attempt to deal with so-called 527 organizations back in 2004.  The opinion, written by Judge Brett M. Kavanaugh, spells out key principles of campaign finance law and echoes themes that have appeared in Davis and WRTL.  For years to come, Judge Kavanaugh could be poised to become an even stronger voice for those who support strong protections for political speech under the First Amendment.

4.  Waiting for Citizens United. Even without an opinion in Citizens United, the case was the biggest campaign finance news of the year.  With heightened drama of a newly-appointed member of the Court and a special reargument in September, many are salivating at the prospect of the Court reversing Austin and part of McConnell.

2.  The Foreign Corrupt Practices Act cases pile up. Although there are blogs covering FCPA issues in much greater detail, it’s difficult not to notice the increasing attention to the FCPA and the pace of Department of Justice enforcement actions.  I have no doubt that this trend will continue through 2010.

For more information on these topics, feel free to use the search function with appropriate search terms to find relevant posts on PoliticalActivityLaw.com.