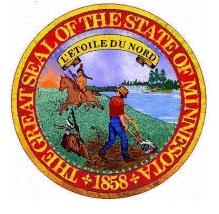 Here’s an update on a story I posted about earlier involving a state candidate’s arrangements for a voter file.

The flap arose after other DFL candidates for governor discovered that [candidate for governor Margaret Anderson] Kelliher was allow to steer her contributors to give money directly to the party for her access to the DFL voters’ file. Three donors took her up on that option. The donation from one of those contributors was in excess of what the donor would have been allowed to give to Kelliher’s campaign directly.