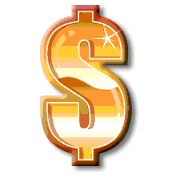 The problem, former Federal Election Commission Chairman Scott Thomas told ABC News, is that it’s much tougher to determine whether foreign money is behind a political ad when the check is cut by a multi-national corporation.

“There are unfortunately lots of examples where foreign businesses or governments have tried to route money through U.S. subsidiaries and into party coffers,” Thomas said. “Now we’re permitting businesses to get involved directly in advocacy messaging. There will have to be a lot more scrutiny on the question of whether the money is coming from a foreign source, and whether it can be constrained.”