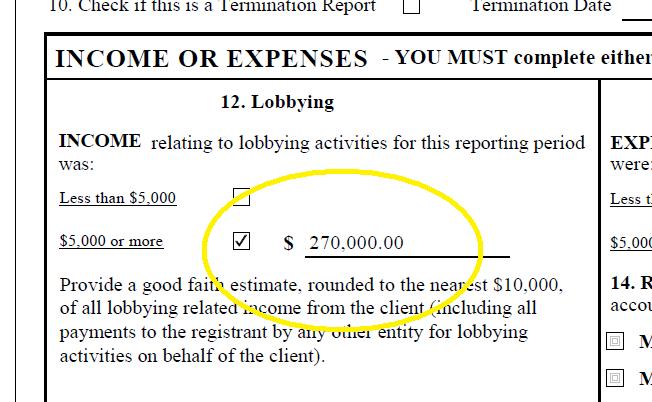 Not surprisingly it looks like the fight over the DISCLOSE Act generated some lobbying activity.  Gibson, Dunn & Crutcher LLP filed a lobbying report for its client the U.S. Chamber of Commerce disclosing lobbying income during the reporting period (April through June 2010) of $270,000.  Ted Olson and other firm employees are disclosed as acting as lobbyists on DISCLOSE.  The firm listed the “BAN” and “FIN” general issue area codes.