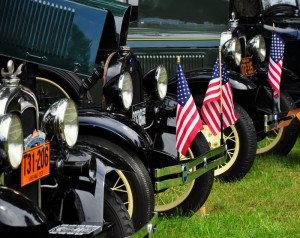 Have a great Independence Day!

VRA CHALLENGE.  Roll Call.  “House Republicans face a political dilemma as they consider how — and whether — to rewrite the Voting Rights Act after the Supreme Court neutered some of its most powerful provisions last week.”

CAMPAIGN TRAIL ETHICS.  C&E.  “Maybe someday the political world will find a way to adopt universal ethical standards and codes of conduct for political campaigns. But until that happens, you are on your own.”

DOMA AND CAMPAIGN FINANCE.  Story here.  “The Federal Election Commission may be asked to reconsider an advisory opinion it issued in February in light of last week’s Supreme Court’s invalidation of the Defense of Marriage Act.”

CA:  SPENDING SCRUTINY.  LA Times.  “Expense reports filed over a decade of the Calderon family’s engagement in the California Legislature sheds light on the variety of ways political funds can be spent.”

IL:  SESSION BAN PROPOSED.  Story here.  “Former White House chief of staff Bill Daley, who is considering running for Illinois governor, called Monday for a ban on campaign contributions while the Legislature is in session, saying the current rules are too lax and are one reason lawmakers can’t agree how to fix Illinois’ pension system.”

HAVE A GREAT DAY. I hope you have a great Independence Day! I’ll send around the next set of links early next week.