HOLIDAY PARTY RULES.  Roll Call.  “The House Ethics Committee issued fresh guidance Wednesday, as it has done in recent years, to help anxious staffers and members of Congress relax while they nibble on cocktail weenies and bites of cheese.”

CONTRIBUTION RULES HIGHLIGHTED.  H&K.  “It is an unfortunate fact that political activity, while protected by the First Amendment, comes with significant compliance risks.”

CA:  IMPROPER LOBBYING ALLEGED.  SFGate.  “The city of San Francisco has sued former Supervisor Michael Yaki, accusing him of illegally lobbying on behalf of a company that makes an air system for firefighters.”

CA:  LOBBYING TOTALS.  The Californian.  “According to federal data analyzed by the nonpartisan Center for Responsive Politics, or CRP, corporations, labor unions, colleges and universities, state and local governments and agencies and ideological groups spent a total of $3.5 billion on Washington lobbyists in the first three quarters of 2009, when there were 13,789 registered lobbyists in the capital.”

LA:  CU TEST.  NOLA.com.  “Lawyers for the Fund for Louisiana’s Future, the Super PAC created to support Sen. David Vitter, R-La., say Louisiana’s Board of Ethics really doesn’t have a choice but to grant its request to end enforcement of Louisiana’s $100,000 limit on independent committee donations. ”

MD:  PUBLIC FINANCING ACCEPTED.  Baltimore Sun.  “Democratic gubernatorial candidate Heather R. Mizeur will announce Wednesday that she will become the first contender for that office since 1994 to accept public financing of her campaign — effectively limiting her spending on the primary to about $2.5 million.”

OFFICIAL POLITICALACTIVITYLAW.COM MASCOT.  Gratuitous cute puppy picture alert.  I wanted to share a picture of Rosie, our 10 week old puppy who we adopted from A Forever Home Rescue Foundation.  We’re told she’s originally from West Virginia and all three of her siblings have new homes for the holidays.  She seems to have settled in to her new home quite comfortably… 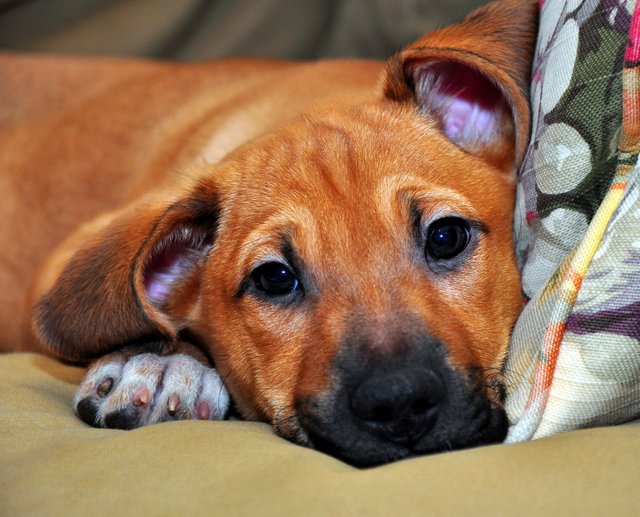 HAVE A GREAT DAY.  I’ll send around the next set of links on Monday.