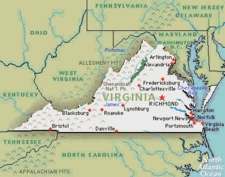 According to this report, the Democratic Governors Association is being fined in connection with its donation to a group running ads critical of Bob McDonnell.   Ironic?  Because according to the article (and my memory),

[t]he Virginia law on reporting by so-called 527 committees was strengthened in 2006 after McDonnell’s campaign for attorney general drew criticism from Democrats for accepting $2 million from a 527 group, the Republican State Leadership Committee, which did not have to disclose the source of its funds to the state.