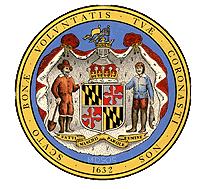 As I noted in May here, the Maryland State Board of Elections has apparently approved new rules requiring social media accounts established by political committees to disclose the identity of the political committee or person behind the account and keep records of messages disseminated through social networking.  It looks like Facebook supported the rules, based on testimony from Facebook’s Corey Owens.

My faith in the Board’s internet and social media know-how is shaken by the Board’s failure to post the new rules online; a lot of the material on the Board’s website is circa 2008.