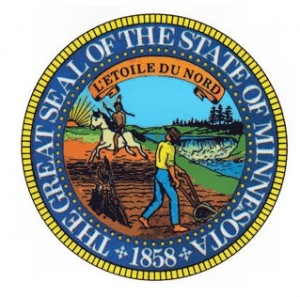 Minnesota Forward and Target are in the news after this ad appeared in the Minnesota gubernatorial race.

Larry Norton, a former counsel to the Federal Election Commission, says American business seems to be in wait-and-see mode — for now. But, he adds, “I do think you’re going to see a significant uptick in the coming months, in election-related advertising funded by unions, funded by major trade associations and other business organizations.”

And when that uptick comes, he says, there’s going to be one question asked over & over: “If we make this contribution to you, are you going to have to disclose that we gave it to you?”

UPDATE: You can read legal information about Minnesota independent expenditure political committees here.  One of the committee’s reports is available here,  (The group is registered as MN FORWARD.)  Target President and CEO Gregg Steinhafel sent an email to employees about the contribution and it’s available here.  The email explains that “MN Forward is focused specifically on those issues and is committed to supporting candidates from any party who will work to improve the state’s job climate. However, it is also important to note that we rarely endorse all advocated positions of the organizations or candidates we support, and we do not have a political or social agenda.”  For corporations looking to play in politics in a post-Citizens United ecosphere, this might be a cautionary tale.

Meanwhile, a group called Alliance for a Better Minnesota has an independent expenditure committee, accepts funds in large amounts from individuals and labor organizations, and is running ads opposing Emmer.  More on them here.