MENENDEZ INDICTMENT CHANGES EVERYTHING.  BI.  “It will be up to a jury to decide whether the doctor and the senator engaged in corruption. But the facts asserted in the indictment are sufficient to call into question the court’s underlying thinking in Citizens United.”

WHAT’S LEFT.   MinnPost.  “The two fundamental ideas around which the entire post-Watergate campaign-finance regulatory scheme was built were limits on how much any one donor could give and disclosure of who is giving. An underemphasized story in last week’s Washington Post seemed to say that there is nothing meaningful left of either idea.”

MENENDEZ AND THE SUPREMES.  NR.  “But it turns out corruption, appearances, and influence-peddling are all at the crux of federal charges against New Jersey Senator Bob Menendez.”

NEW WORLD.  Bloomberg.  “Potential presidential candidates this year–including Bush–are using outside groups to pay for traditional functions of an early campaign or political committee, including communications, policy development, and research.  Unlike a presidential campaign or the committees that politicians are supposed to use while they consider running for the White House, these groups have no legal limits on contributions, which worries watchdogs.”

STRETCHING LIMITS.  Vox.  “Jeb Bush hasn’t yet said that he’s running for president, and he’s in no rush to do so. Because, as long as he’s not a candidate, he’ll have an easier time raising the money he thinks his operation will need.”

PRO-HUCKABEE SUPER PAC.  NYT.  “A group with the ability to raise unlimited donations to support the former Arkansas governor, who has said he is considering a second run for the presidency, has begun and will be run by a well-known Iowa operative.”

INQUIRY SOUGHT.  Sun Herald.  “In the latest barb of a recent conservative onslaught aimed at former Secretary of State Hillary Clinton, a new watchdog group said Friday it has asked the Federal Election Commission to determine whether she has violated campaign laws by failing to formally declare her presidential candidacy.”

MO:  GIFT SEARCH.  STLToday.   “Use this database to find gifts from lobbying groups to Missouri politicians from January 2012 to February 2015.”

MO:  GIFTS AND COOLING PERIOD.  KC.com.  “The Missouri House on Thursday signed off on ethics legislation that would cap lobbyist gifts at $25 apiece and ban lawmakers from becoming lobbyists for at least one year after leaving office.”

MT:  OPPOSITION.  FHNG.  “As a former Commissioner of Political Practices, I respectfully object to the confirmation of current Commissioner Jon Motl.”

YESTERDAY AT THE WHITE HOUSE.  I got the chance to attend yesterday’s White House Egg Roll with my family.  It was warm and sunny and I took a bunch of photos, including this one of the President and the First Lady.  The day marked the 5th anniversary of the Let’s Move! campaign. 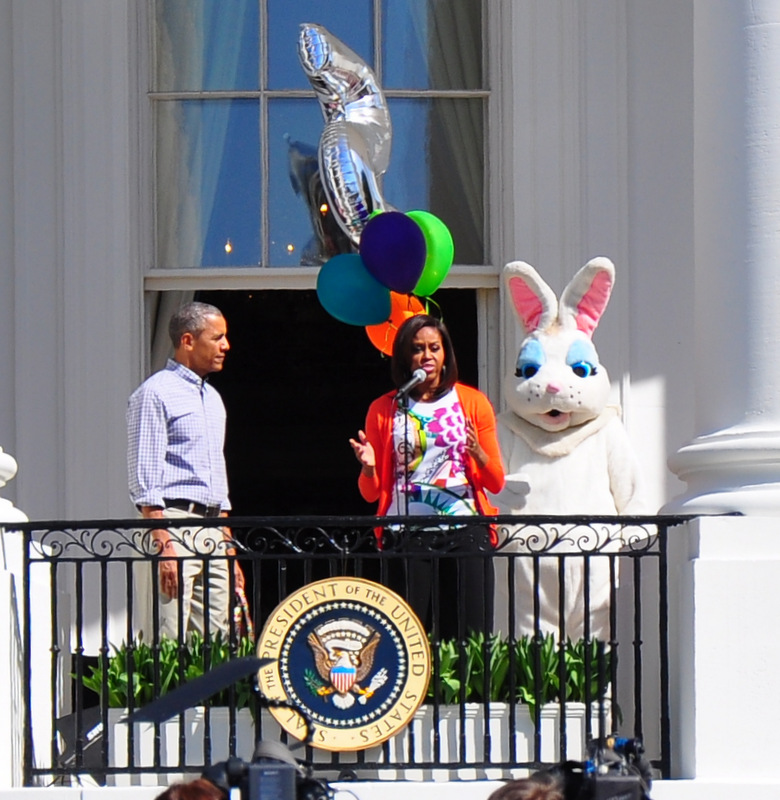