Please let this be the last time you read this blog for movie reviews; but check out Recount if you get a chance for a riveting look at the personalities and legal fight that decided the 2000 race for President. 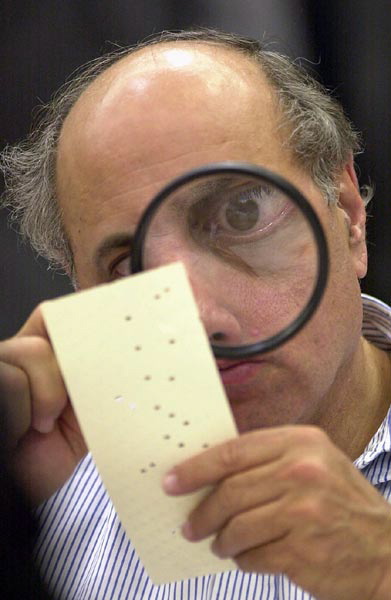 Needless to say I give this movie my highest rating for movies involving recounts, 4 out of 4 “DC’s” (that’s the coveted “Dimpled Chad” award).

“Mixing news footage and verbatim dialogue into fictionalized re-creations, Recount examines the torturous process that culminated in the Supreme Court decision in Bush vs. Gore. The Republicans, led by charismatic Texan James Baker, seize the initiative as the case is tried in the judicial system and the court of public opinion. The Democrats play catch-up until Ron Klain, Gore’s former chief of staff, takes over and starts matching Baker’s political hardball with tough moves of his own. Mutual respect forms between the two as the fate of the presidency plays out among a colorful cast ranging from the impressive (appellate lawyer David Boies) to the maligned (Florida’s Secretary of State Katherine Harris).”