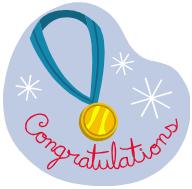 The White House Blog reports that a waiver has been issued by Norm Eisen to White House Senior Advisor Valerie Jarrett for her work helping to bring the Olympics to Chicago in 2016.

The President promised during the campaign that staff would not work on contracts or regulations directly related to their former employers.  We have captured that promise in Paragraph 2 of our revolving door rules, which applies to non-lobbyists.  Valerie previously served as Vice Chair of Chicago 2016, the non-profit entity responsible for the Chicago bid.  Although Chicago 2016 was not her “former employer” in traditional terms, the term “former employer” in the President’s Order encompasses entities that appointees served as directors or officers, as Valerie did here.  (To be clear, Valerie was not a lobbyist for Chicago 2016, and this waiver has nothing to do with lobbying.)