The DNC posted a video mentioning back-waxing and Marco Rubio on YouTube.  Fox apparently sent YouTube a copyright claim under the DMCA (the takedown).  The DNC sent Fox a letter about the matter, which happened to find its way to Politico.  One of the lawyers who signed the letter is President Obama’s personal attorney.  The letter cites a case involving Prince’s song, “Let’s Go Crazy,” and a YouTube video featuring same.  As of the date and time of this post, the DNC video still isn’t available on YouTube. 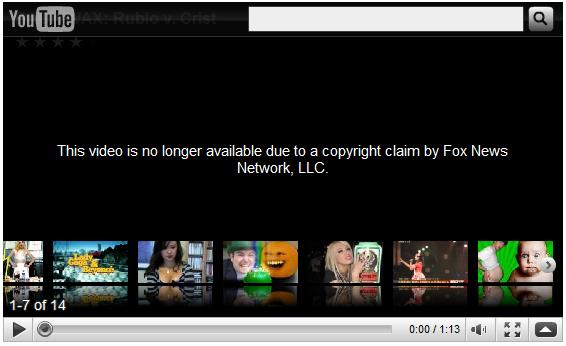