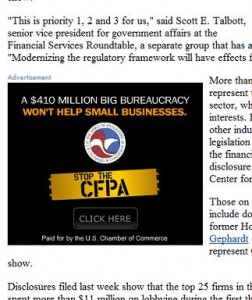 A U.S. Chamber of Commerce advertisement appears on the same page of the online version of the article (screen capture at right).