Elena Kagan has contributed to a number of political party committees and candidates going back to 2000 and as recently as 2008, Federal Election Commission data shows.  (Below Chart from Center for Responsive Politics.)  FEC data shows she also maxed out to Obama for America in June 2008; for some reason it doesn’t show up in the CRP search I ran.  By early June, Hillary Clinton had spoken to ending her campaign. 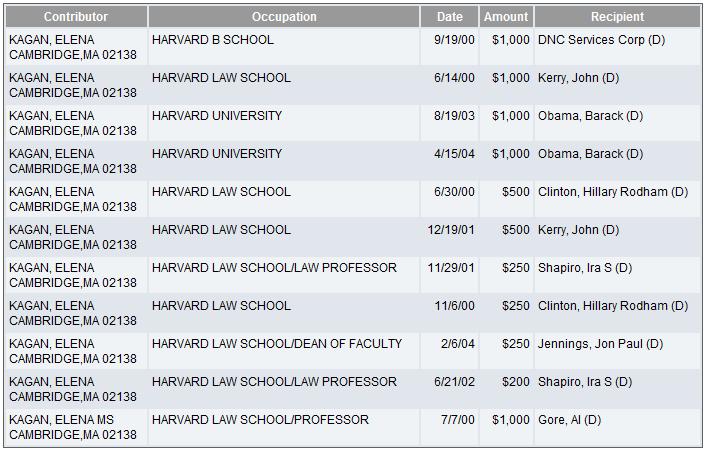