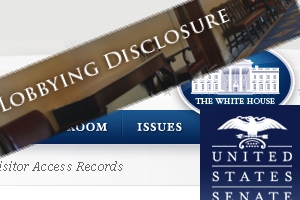 The Times reports on the Office of Congressional Ethics’ apparently wide-ranging inquiry into the timing of fundraisers relative to legislative action.

The Office of Congressional Ethics has sent corporate donors and fund-raising hosts more than three dozen requests for documents involving eight members who solicited and took large contributions from financial institutions even as they were debating the landmark regulatory bill, according to lawyers involved in the inquiry.

Some of this is old news, but this story seems to include a little more detail on the specific requests.  More:

In an area where the rules are murky, the investigators are taking an aggressive stance on what constitutes unethical conduct. The independent ethics office, led by a former federal prosecutor, has clashed repeatedly with lawmakers on the House Committee on Standards of Official Conduct, who have accused it of over-reaching. Given this history, observers believe it is unlikely that the committee will admonish any members, even if the investigators recommend action.

“This is really a redefinition of the law,” said Kenneth Gross, a Washington ethics lawyer who is fielding some of the document requests from ethics investigators. “To pick eight members and say they voted on legislation and political contributions came in around this time is really going places that no regulatory authority has ever gone.”

This month’s Wiley Rein’s Election Law News has an interesting and timely story on the investigation from Robert Walker, a former Chief Counsel for both the Senate and House Ethics Committees.