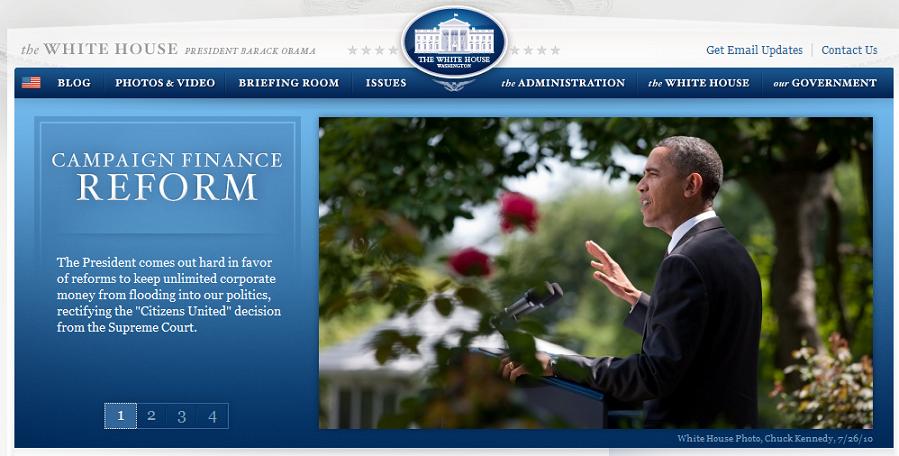 Quite a day for DISCLOSE.  President Obama supported the bill in a Rose Garden appearance this afternoon.  Campaign finance reform was the main headline on the White House website, as well (screen capture above).

Tonight POLITICO reports that the votes, at this point, just aren’t there.

Roll Call isn’t alone in noticing the politics of the whole situation.  The Hill says the President slammed Republicans on the bill.  The Hill also reports that the bill is “seen as balm to soothe left” tonight.

The LA Times supports the bill in this editorial.

Against?  The ACLU, the Center for Competitive Politics, and the Chamber of Commerce (among others).  For?  US PIRG, Democracy 21, and Common Cause.

The Times takes a look at where we’ve been and where we are on DISCLOSE, from Citizens United, to the President’s State of the Union address, to today.

UPDATE: 7/27/10:  This morning’s Washington Times has more on the politics of the DISCLOSE Act.