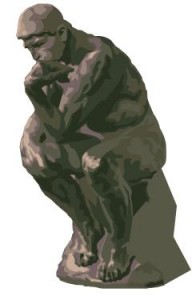 Why can’t the proceedings in the Prop. 8 trial be broadcast, televised, or streamed outside of the confines of the court building?  Abovethelaw has some insightful analysis and news regarding the issues.

We the People should be allowed to know — and to hear, and to see — what is transpiring within our courts. After all, these are our laws being interpreted, our rights being adjudicated, and our taxpayer dollars at work.

And in this age of videoconferencing, YouTube, blogging, and Twitter, the distinction between physical and virtual attendance of court proceedings is becoming increasingly artificial. If we can read reporter Dan Levine’s real-time tweets about the Prop 8 trial, or if we can read blog posts published during breaks about what just transpired in open court, why shouldn’t we be able to watch the proceedings ourselves, in livestreaming video? Or, if we can’t watch real-time video, why can’t we watch video posted online after the fact?

Is there some antiquated notion of communication inherent in the decision to end efforts to broadcast the trial?  Is it a generational issue?  I, for one, can’t imagine that in my lifetime I won’t one day be able to have a livestream of a Supreme Court argument.  And then I consider the Court crafting an opinion (cobbling together a slim majority?) in Citizens United, a case involving a law identifying a class of communications (broadcast, cable, or satellite), a movie available through video on demand, and an oral argument discussing potential government control over books and the Kindle wireless reader.